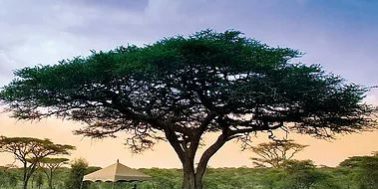 Customised tuk tuks give the term ‘Marketing Vehicle’ an entire new meaning.  Which means your brand is going to draw the eye and enjoy a lot more exposure. Our models are also electrical this means by customizing your own, you will be contributing to the environment by reducing air pollution as much as possible. They also have the opportunity to engage with your consumer in a trendy way.

This is something that bigger businesses are already becoming wise to (and experiencing the benefits of). International breweries, film companies and food giants have all employed specially designed tuk tuks about town, in their marketing activation and private events to promote their brand – so if you choose tuk tuk customisation as a marketing method, this will not only increase awareness but sales and ROI.

An 11-year-old boy named Luke Chacko just won the Internet when he basically stole the show at Idina Menzel’s concert last Sunday in Grand Prairie, Texas. The pint-sized singer shocked the audience (and the big-voiced songstress) when he surprised the crowd with his powerhouse vocals and belted out “Let It Go” from Frozen. At the very beginning of the clip that went quickly viral, Idina plucks Luke out of the crowd and mentions that most boys who come to her show don’t like “Let It Go.””Every time a boy comes up, he tells me he doesn’t really like this song,” the 46-year-old explained. To which, Luke replied, “Heck to the no. I’m offended.”

What a perfect way to relax and reboot your system than a well deserve vacation, at Ninety Degrees we will love to start a travel series and give you the best tips and destinations for your perfect trip.

This magnificent game park sprawls across 5,700 square miles of northern Tanzania in East Africa. When American hunter-turned-conservationist Stewart Edward White first set foot in the Serengeti in 1913, he described the journey: “We walked for miles over burnt out country. … Then I saw the green trees of the river, walked two miles more and found myself in paradise.”

Within the boundaries of the Serengeti, you’ll hear thousands of animals: Hyenas cackle as elephants trample well-worn safari roads and hippos splash in watering holes. And at any given time, more than 2,000 lions are poised to pounce on unsuspecting prey, preparing to chase their unlucky target through the seemingly endless waves of golden grass. The scenery rustles with the swift steps of loping giraffes, and tree branches shake with every monkey’s movement. But the most magical site you’ll behold is The Great Migration, during which White’s paradise is drowned by a sea of animals as more than one million wildebeest, zebras and gazelles traverse the Serengeti in search of greener pastures.

Having weight-loss surgery before you become severely obese tends to achieve better results, a new study finds. Researchers found that people who underwent bariatric surgery when their body mass index (BMI) was less than 40 were more likely to achieve a BMI below 30 (overweight but not obese) compared to those with a higher body mass index, researchers. A year after surgery, 36 percent of patients had a BMI of less than 30, which is considered an important goal. Those patients were more likely than others to have had a pre-operative BMI of less than 40. With a final BMI of less than 30, patients had a better chance of discontinuing medications for diabetes, high blood pressure and high cholesterol. They were also more likely be cured of sleep apnea, a sleep disorder related to obesity, the study found.

While You Wait: 4 Potentially Higher-Status Alternatives to the iPhone 8

At a rumored US$1,400 sale price the coming iPhone 8 likely will test just how much people are willing to pay for a new phone — particularly, how much parents are willing to fork over for their kids. While iPhones once conveyed status and sense of luxury, similar to a brand like Cadillac, pretty much everyone and their brother has iPhones today.

The first few customers who get their hands on the latest model will be envied for about a week — but the phones will be extremely common by the end of the first month.

Interestingly, there are some phones that may have more status than the iPhone, and they likely will have one or two advantages over it, including price.